A Beginner’s Handbook to Malware 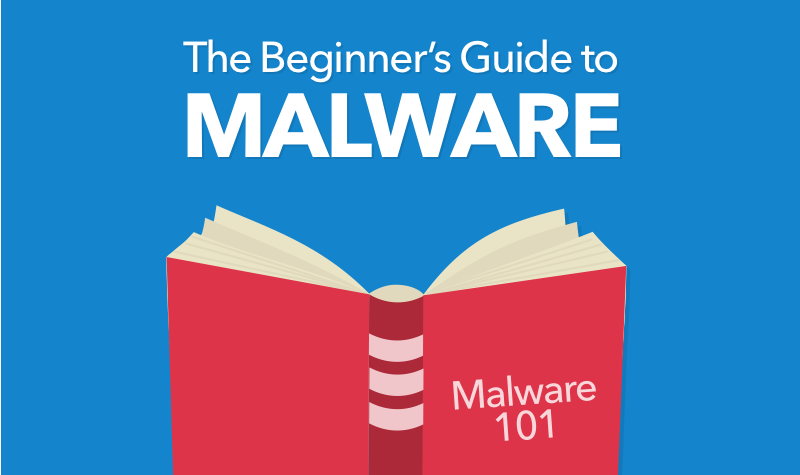 The Internet has a Boogey Man (or Slender Man, whoever your wimpy generation fears), and his name is Malware. Here at WOT, we try to keep you safe on the Big Bad Web. You probably have an antivirus installed, the WOT extension, and a host of other defenders. All of these products exist to fight this thing that we all fear and yet don’t quite understand. So without further ado…what is malware?

Most of what we know about malware comes from sensationalist articles and (un)imaginative Hollywood screenwriters. As it turns out, ’malware’ is simply an umbrella term used to describe malicious software of any kind. To be classified as malware, a piece of code must meet one of the following conditions: disrupt computer or mobile operations, gather sensitive information, gain access to private computer systems, or display unwanted advertising.

Now, this is big. ‘Yuge’, Trump might say. PandaLabs showed that in Q3 of 2016 alone, 200,000 malware samples were captured each day. The two main contributors to this growth are hackers (see: Anonymous), and governments (see: NSA, Snowden, Assange, etc.)

In this quick summary, I’ll do my best to break down the most popular strains of malware with the simplicity and technicality that you’ve come to expect from WOT. We’ll examine what the different kinds of malware are, how they affect you, and steps you can take to defend yourself.

A virus is a piece of code that embeds itself in a piece of software and then spreads to other locations when that software is run by the user. Remember that time Granny opened that shady email attachment that erased her hard drive? This was a virus.

A worm, unlike a virus, does not need the user’s help to spread. It can actively transmit itself to all machines on the network. Worms usually try to ‘eat’ your data and the [OS] until your hard drive is no more.

The mission of a backdoor is to keep your computer cracked and vulnerable. Once the backdoor is active, your machine is essentially a ‘zombie’ that can be sold to the highest bidder. The idea has been floated that many computer manufacturers install backdoors to offer their customers technical support, which allows them to gain access to your computer. It has also been said that governments intercept new computers on the way to persons of interest to secretly install backdoors.

A Trojan Horse refers to the delivery method of this kind of malware: software that fools the user by pretending to be useful or otherwise routine (like an email attachment). They usually install backdoors and partner with a third-party to sell access to your now-compromised computer.

The thing about many types of malware is that people tend to notice it. What good is winning the lottery if you die the very next day? Rootkits are devilish programs that conceal the existence of malware on a computer, perhaps by modifying the OS so that virus scanners miss it, or by ensuring that it doesn’t show up in your list of processes.

Rootkids don’t just defend, they can also attack. Some rootkits will actively fight back when the user attempts to delete the malware. For example, an intelligently composed rootkit would automatically duplicate its malware after deletion. Isn’t it creepy and fascinating how similar these things are to biological organisms?

Keyloggers watch as you type and collect all your keystrokes to send to their servers. This is most often used to collect people’s usernames, passwords, bank information, etc.

Ransomware is very bad, and has caught quite a few headlines over the past year. It usually manifests in the following way: your computer will lock up, and display a message, perhaps from the “FBI,” claiming that you have committed some sort of cyber crime, and that the only way to gain access to your files is to pay a (very high) fee. If ever you find yourself in this conundrum, do not pay. There is no guarantee that they will unlock your computer upon receipt of payment, and even if they do, only a hard wipe would remove their ability to lock up again. Avoid having to deal with this by making regular backups of your data so that they have no sway over you.

So that’s it. While it’s never good to be too paranoid, these threats are very real, and will only proliferate as digital devices continue to percolate into our daily lives. I hope this article has served as a useful brush-up on what malware actually is, or as a way to sound smart in front of your geeky friends. The best offense is a good defense, so fire up your antivirus of choice, hit that WOT button, and keep rating. A united community is a strong one – stay safe!

A Beginner’s Handbook to Malware