“Vendors who sell counterfeit goods to unsuspecting sports fans will be held accountable. These vendors sell inferior items tarnishing the reputation of trademark holders like the NFL," said Raymond R. Parmer, Jr., special agent in charge of the ICE HSI Office in New Orleans. It’s estimated that counterfeit sports items of all sorts account for around $1 billion dollars a year worldwide.

The size and scope of product counterfeiting has skyrocketed in recent years. The United States economy is losing millions of dollars in tax revenue and tens of thousands of jobs because of the manufacture, distribution and sale of counterfeit goods. In 1982 the International Trade Commission estimated counterfeiting and piracy losses at 5.5 billion. In 1996, that number stood at $200 billion. In 2010, counterfeiting is a $600 billion worldwide problem.

Counterfeit Goods on the Internet

European customs officials from 27 countries met in Paris last month to find a way to reduce the volume of fake goods on offer via the Internet. In 2006 only 75,000 out of the 3.6 million counterfeit articles seized by French customs officials had been sold on the Internet. The figure rocketed to over 1 million out of 7 million in 2009. Counterfeiting, typically associated with luxury products, is now touching all sectors of the economy, from spare parts for cars to mass-produced items in daily use like toothpaste and batteries. Another hard-hit sector, with potentially dangerous outcomes, is that of medicines.

How to Identify Counterfeit Sports Merchandise

How to Protect Yourself

If you discover you have bought a fake item online, please rate the site selling bogus items and write a comment explaining your experience. This will alert other WOT users so they can avoid the site.

In the USA, you have several reporting options. Check out the Consumer Fraud Reporting site for the best one in your situation.

Online auction sites are a huge market for counterfeit goods. If you are the victim of counterfeiting or a scam, your best bet is to complain to the company running the auction site and launch a complaint. If you pay using Paypal you might have some protection, and it could be possible to reach a resolution with the seller. 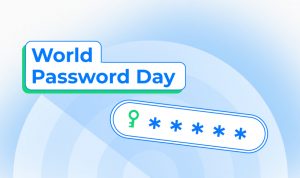