On Wednesday, the investigative journalism show “45 minutes”, the Finland’s equivalent of “60 minutes” (yes, we’re pretty efficient here up north), had a segment on autonarvio.com, a used car value assessment service. Now, the idea of the online service is pretty useful. Instead of going through data in countless classified ad sites or trying to gain access to proprietary databases that car dealers use, you enter the license plate number and the car specifications, and you get an estimate what your banged-up old car would be worth in the second-hand market.

It’s just the small print that has got the car owners infuriated. The fact that the assessment costs 69 euros is written in single-digit font size next to the Terms & Conditions tickbox, in which you confirm that you are at least of 18 years old. And wait…..there is more! Once you click, the valuation process is non-cancellable and you’ll get an official invoice via the snail mail.

Since July, the consumer protection agencies have received over 1,000 complaints. That’s a large number in a small country, in which even a herd of thousand reindeer would be considered sizable. 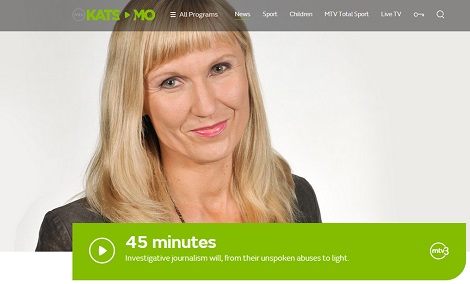 In the 45 minutes interview, the lawyer of the Finnish Competition and Consumer Authority (Kuluttajavirasto), Henri Telkki, is of the opinion that having no cancelling rights should be considered ‘material information’, meaning the marketing law requires it to be presented upfront. Further, officer Timo Piiroinen of the Finnish Police explains how they have received 150 filings of autonarvio.com and similar sites, and how they are also investigating whether to press charges.

So, some judiciary process is possibly awaiting these guys. But, as dictated by the fairness defined in the law, first the governmental agencies need to get in touch with autonarvio.com and give them a chance to tell their side of the story.

However, that seems to be not so straightforward. In the clip, consumer protection official in Finland, Päivi Hentunen, explained how none of their correspondence have been answered. The 45 minutes show tried to help. They actually sent a reporter to the office address in Delaware, United States, but only found a registration agency.

Maybe the autonarvio.com guys are busy travellling in Denmark or Italy in which they have similar sites? Or travelling in Estonia from where the invoices are sent and from where the invoice collection services are bought. There are many used cars in the world, after all, so the guys can be really busy.