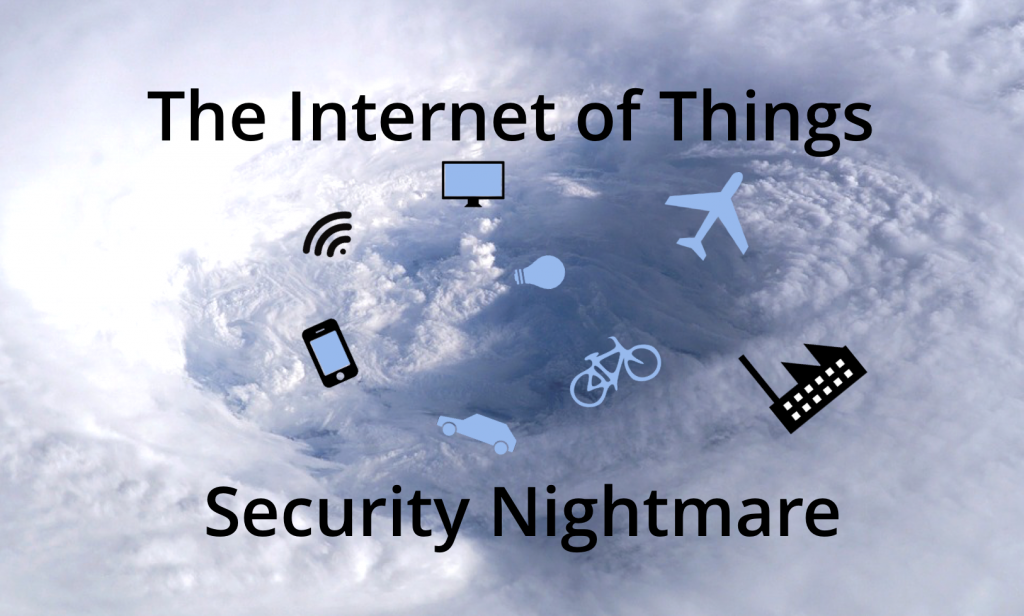 It’s an exciting time to be alive. With the development of the Internet of Things, we are witnessing the unfolding of the next era in product and computer evolution. As we progress, we shed the past, replacing it with new technological gadgets designed to remove our worries and expand our possibilities. With an expected 6.4 billion devices to be connected to the Internet of Things by the end of 2016, this number is expected to grow to 20-50 billion by 2020. The IoT has only gotten started, and will continue to grow and reach every aspect of our lives.

3 examples of how the IoT improves our lives:

A storm is brewing, and the IoT is at the center of it. As sensors and connectivity become cheaper, more and more things become connected to the internet. However, the moment a device is connected to the internet, anyone can access it with enough sophistication and motivation. Even more concerning, most attacks on the IoT will be invisible and nearly impossible to detect. And this is where the dream gets dark.

For those of us who are gadget lovers and just NEED to have the latest device – it might be better to stave off the urge. While the average person has relatively few wearables and IoT devices in our lives today (0-5), we expect to see “smart” versions of more articles of clothing and appliances in the coming years, and each person will be connected to dozens of IoT devices. Being the first to own a new device that’s connected to the IoT can put you at risk as many of these devices are not built with security as the top priority.

How is it that “smart” devices reaching the market are not secure?

Manufacturers are under pressure from the market to reduce costs so their products are competitive on the market. As a result, development processes are rushed and many devices are brought to market without security being taken into consideration.

The bright side – and what can you do

There is some light in this tunnel we’ve started down. Governments, the community of IoT users and developers are taking the security threats seriously, and calibrating their moral compass. The IoT community is recognizing early on in the life of this industry that without precautions and efforts to minimize vulnerabilities, anyone can abuse IoT user’s privacy in the future. Two such organizations that have come together to create guidelines and raise awareness are:

The IoT Security Foundation – an organization who’s goal is to “promote knowledge and clear best practice in appropriate security to those who specify, make and use IoT products and systems.”

I Am The Cavalry –  “a grassroots organization focused on issues where computer security intersect public safety and human life.” January of this year they released the Hippocratic Oath for Connected Medical Devices, which can be read here.

A couple of IoT security tips

When you get a new device that’s connected to the IoT, ALWAYS change the password. Our tip: make it weird.

Update the software regularly to make sure you get the latest bug fixes and security patches.

Gadgets are cool. We all love having them. Most of all we love getting the latest one and seeing how it works, showing it to our friends and experimenting with how they can integrate with and improve our lives. However, given the state of security risks, it may be better to not to be an early adopter until we get security figured out.